ARE YOU READY TO TRANSFORM? 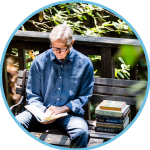 The New Agreements for Leaders is a new and proven effective transformational model for rapidly growing leaders, managers and high performing businesses.

itted to this systems-based management method, getting my people to buy in and utilize this new way of working, managing and leading was difficult. Painful even.

When I began consulting and training in 1990, I found implementation of Deming’s work to be even more demanding in other companies. Although my clients and I were eventually successful, it was tough sledding. I found myself working much harder and longer keeping things going, often having to ask for forgiveness rather than permission to get things done. Even then I was constantly having to shore up leaks in the dike as people fell back into old ways, including of course, the CEOs. In most instances, even successes were short lived as the “program” fell apart after I or the CEO supporting the program left the company.

Fast forward from 30 years ago and much has changed. Deming became TQM, which begot re-engineering then morphing into Six Sigma, Lean and Lean Sigma. There have been other names for basically the same types of programs but these are the most prominent quality and productivity programs that emerged. Notice I said “programs.”

Today, not much has changed in the difficulty in getting these types of programs into companies. Many really good Six Sigma and Lean experts I know are just as frustrated today as they were many years ago in implementing this stuff. Who wouldn’t be frustrated? In the vast majority of companies implementing Six Sigma and Lean, results have been less than expected and in many cases outright failure. I recall one expert telling me that when he went to a unit in a hospital to work on the front line systems, he was told, “Okay, Lean us. We have a lot of work to do.”

In the early 1990s, I looked at why these types of programs were so difficult to implement and failure rates so high. I created a sizable list of problems around implementation and use of the tools and sought to remove or at least round off the sharp edges of what became Six Sigma and Lean that made people want to reject or wait out these programs. With the new model, implementation immediately became faster and easier resulting in real transformation at the level of leadership, management, and within front line systems. Key to this new model were the following:

For all you frustrated Black Belts, as you know, there is nothing wrong with the technology behind Six Sigma and Lean. The stuff works and works well wherever implementation is successful and sustainable. However, this is much more exception than rule. I do not believe that Six Sigma or Lean or the next flavor of the month that will undoubtedly appear can be widely successful doing the same thing expecting a different result. Still, we don’t want to throw the baby out with the bath water when it simply needs changing.

The New Agreements for Leaders is a new and proven effective transformational model for rapidly growing leaders, managers and high performing businesses.